A lot of people are raving about the health benefits of wheatgrass, but how about its taste? What do wheatgrass taste like? This is something I had to figure before jumping into the bandwagon of consuming wheatgrass as a part of my healthy diet.

This edible grass has been getting some massive bad reputation of tasting nasty. If you have tried chewing some grass when you’re still a kid, then you may have an idea of what wheatgrass actually taste like.

Since I’ve gotten curious about this wonderful grass, I’ve researched deeper and beyond its taste and discovered a few ways wherein you can reduce the unpleasant taste of wheatgrass. 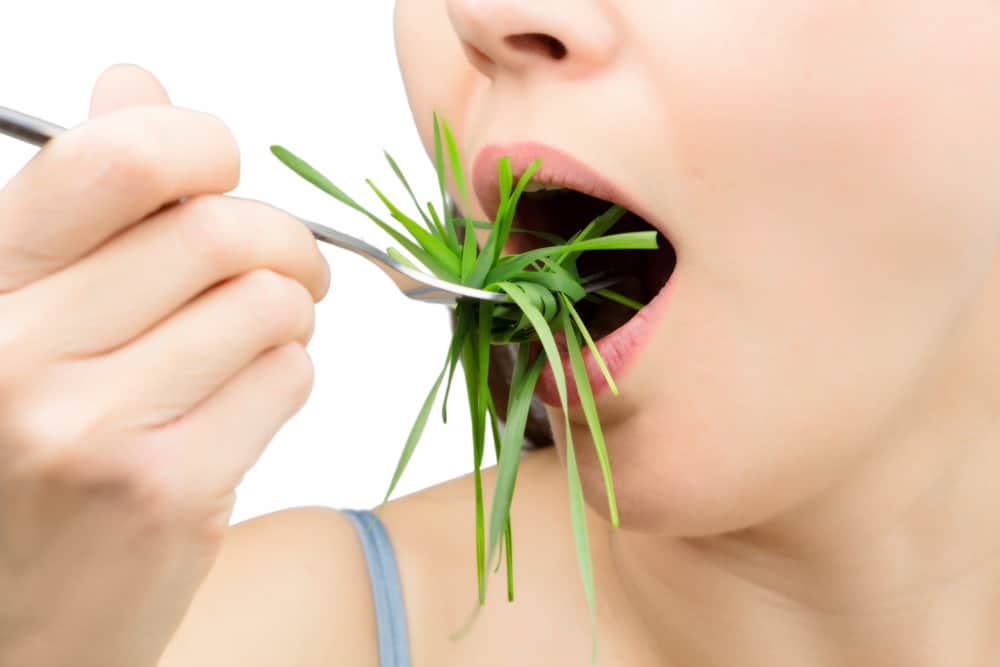 As you probably already know, wheatgrass is literally a grass, but more specifically it is a grass of a wheat plant known as Triticum Aestivum. This safe to eat grass is either processed down into powder or juiced into a shot.

Wheatgrass can be juiced on its own or it can be combined with other fruits and vegetables. Due to its growing popularity, it tries to appeal to a lot of people by developing it into several forms, such as powder, pills, capsules, and tablets.

Of course, the best way to consume wheatgrass is through juicing it into shots as natural as possible.

You can buy fresh wheatgrass or you can also grow your own at home by buying a starter kit just like this. Just plant the wheat seeds in water and wait for them to grow out the leaves before you can start harvesting.

The Taste of Wheatgrass (For Real) and What Causes It

Most people have a strong aversion to wheatgrass because of its taste. Imagine eating some lawn clippings. Not very appetizing, right? But don’t get discouraged by its taste jut yet because it contains a vast amount of nutrients which can redeem its nasty taste.

Wheatgrass juice has a strong taste which leaves an earthy aftertaste. Others describe it as a raw pungent taste. A shot of wheatgrass tastes bitter, so covering it with some sweet fruits may do the trick. The taste of wheatgrass may be a little off-putting at first but after some time, you’ll get used to its taste.

The taste of wheatgrass may be affected by these conditions:

The Benefits of Wheatgrass 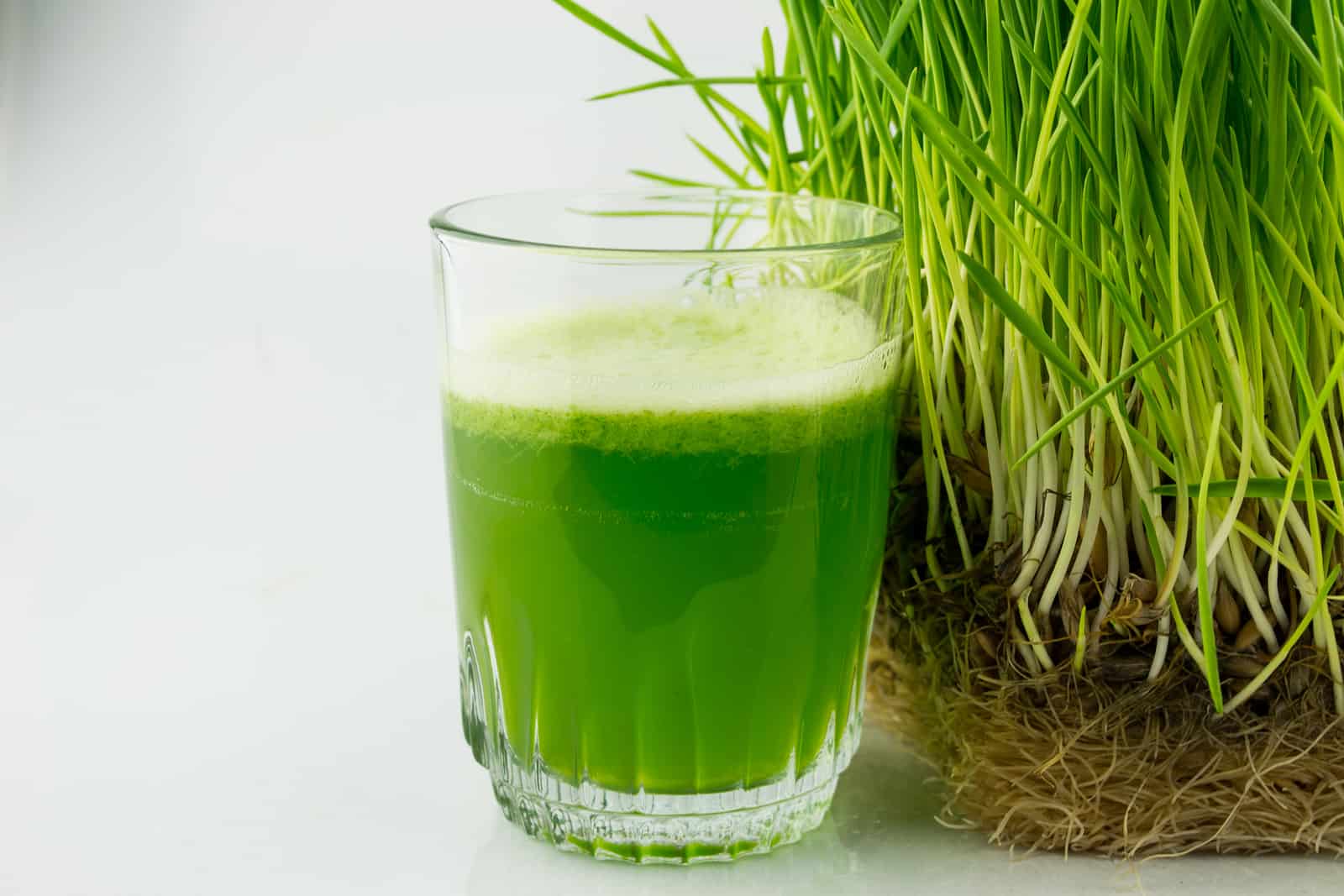 If you’re aiming to lose some weight, you can give wheatgrass a try because it is rich in chlorophyll– a compound which cleanses our bloodstream from toxic chemicals.

This compound also heightens our energy levels, which will enable you to workout harder, hence, burning more calories than usual. More importantly, wheatgrass has a negligible amount of calories, plus it is free from cholesterol, sugar, or fat.

Wheatgrass can help clean your liver and blood from toxins by chemically neutralizing environmental pollutants in the body.

This is due to its beneficial enzymes, such as Superoxide Disumates (SOD), that lower the effects of radiation in the body. It also tries to remove any heavy metals embedded in our tissues and organs.

WebMD notes that wheatgrass is rich in vitamins and minerals, including vitamins A, E, C, K, and B6. It can be a great source of iron, calcium, selenium, and magnesium. In fact, two ounces of wheatgrass juice is equivalent to five pounds of organic vegetables.

According to Dr.Axe, wheatgrass offers several other health benefits which include the following:

7 Ways to Transform Your Wheatgrass from Nasty to Tasty

Now, that you know the benefits of wheatgrass, you shouldn’t skip this edible grass just for its taste. Experiment with adding some other ingredients to mask its pungent taste.

Whenever possible, use fresh wheatgrass, but if you can’t find one, you can use wheatgrass powder. Just make sure that it is a powdered juice, just like this or else the absorption of nutrients will be inhibited by the presence of cell walls, which are indigestible to humans.

If you use fresh wheatgrass, you can either extract the juice from a juicer or a high-speed blender. You can watch how to juice wheat grass in this video. If you use a blender, add about 8 ounces (oz) of water together with the fresh wheatgrass to make a juice.


Here are 9 ways on how to improve the taste of your wheatgrass easily.

Some Things to Consider Before Using Wheat Grass 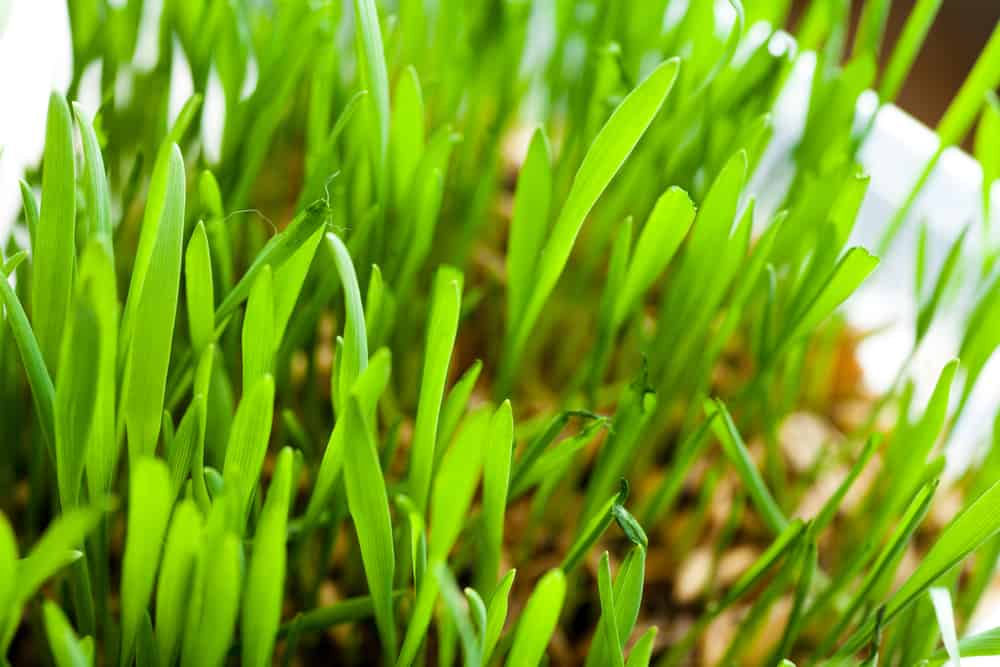 Generally, wheatgrass is safe to eat. However, if you know you’re allergic to wheat, ask for the advice of your doctor before attempting to eat them. Mayo Clinic reports potential side effects such as constipation, nausea, and anorexia when being taken in excessive amounts.

Nausea may be felt due to detoxification. It may also be a sign that your body doesn’t tolerate the taste of wheatgrass juice. If you feel this side effect, consider consuming less or blending it with other juices to hide the taste.

For best results, drink the wheatgrass juice within fifteen minutes of making it. Use freshly harvested wheatgrass over the frozen kind because they are more potent with nutrients.

To make sure that you harvest the sweetest kind, do it right at the jointing stage, which is normally one week following the germination of seeds. Never expose your homegrown wheatgrass in direct sunlight because it makes it bitter.

Instead, expose them to indirect light. Make sure that there is enough ventilation so to prevent the development of molds.

Children, pregnant women and lactating mothers should not risk their safety against the potential contamination of bacteria.

This is because wheatgrass grows in the soil making them more susceptible to contamination with mold and bacteria. If you must consume them, you may grow your own to make sure that they’re in perfect condition and would not contain harmful chemicals.

Try a Shot of Wheatgrass Today! 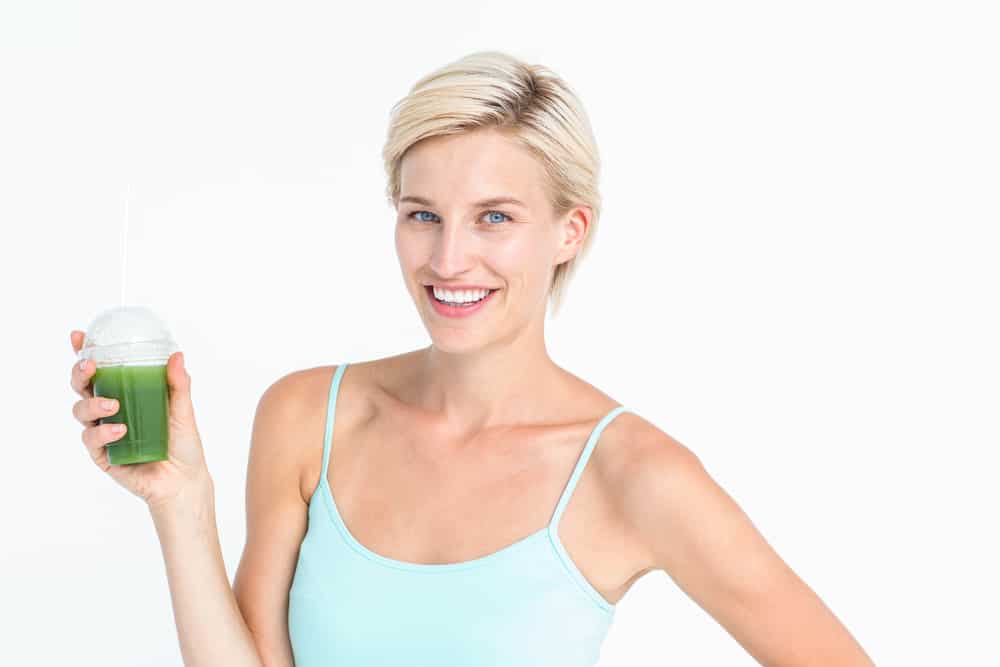 The taste of wheatgrass may be unpleasant but it has lots of benefits which you can’t ignore. If you would like to grow your own wheatgrass, you may use a starter kit . To improve its taste you may mix the wheatgrass juice or powder with fruits and vegetables.