For a snack or a treat, nothing takes the place of the traditional Mexican favorite hot tamales. This delightful treat may seem challenging to make, but with a little bit of preparation, you will stack them up like a pro.

The best way is to make them over a couple of days because this way you won’t get overwhelmed. Who says that you have to make them twenty dozen at a time? With our recipe, you can make up to four, and you won’t be exhausted afterward.

Traditionally hot tamales are made at Christmas time in large batches. We want you to feel like you can have homemade ones anytime because they are amazing especially right out of the steamer.

Let’s go the easiest way, by breaking the process down into two days.

The First Day Of Making Tamales 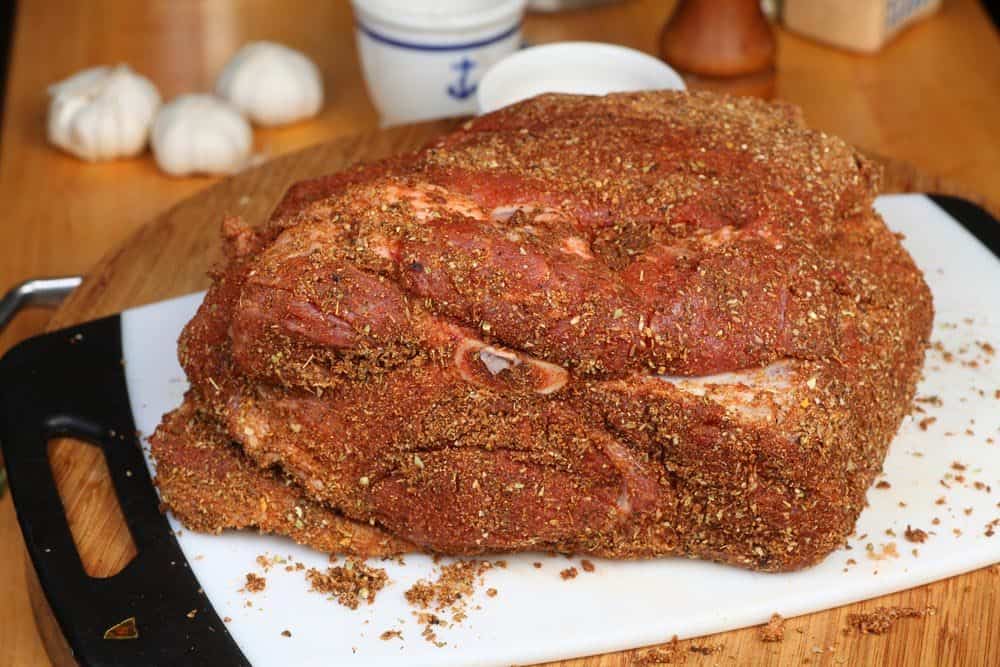 You want to spend the first day acquiring all the ingredients and cooking the pork. Cutting the pork into one Inch chunks is the most time-consuming part. Cooking pork is just a matter of simmering the meat for a couple of hours, so it is tender. You can relax during this part- put your feet up!

The most difficult item to find will probably be the steamer. The steamer insert needs to be at least eight inches deep as you will be standing tamales up vertically when cooking the dish. You will need room for the cotton cloth/towel on top, too.

Just make sure that the outer part of the steamer can hold at least two inches of water without touching the tamales. We prefer stainless steel steamer over the aluminum steamer, as it won’t leach anything in your food, and is easier to clean than an aluminum one.

After you have acquired the utensils necessary for making tamales, here is the list of ingredients to make the pork filling:

• Fill the stockpot with the chicken broth, add the chili powder, chicken base, cumin, sugar, salt, garlic powder, and cinnamon.

• Heat to boiling and after that simmer on low while you cut up the pork into 1-Inch Cubes, trimming as much fat off as you can.

• Add the pork to the boiling sauce and partially cover and simmer on low for two or three hours, or until the pork is tender.

• After the pork is done, combine flour and the ½ cup of cold water with a whisk until it’s well blended.

• Next, you have to turn the heat up to high and when boiling and add the flour mixture to the pork. Continuously stir the pork to avoid lumps.

• Continue slow boiling while stirring for about three to five minutes and turn the heat off after that.

The Second Day Of Making Tamales

The second day is all about mixing the masa (dough), putting the tamales together and cooking them. With this recipe, you can make up to twenty tamales – not a huge amount but enough for dinner, and a few left over from freezing. Now is the time to take the pork filling out of the fridge and heat it up in a pot. You have to get it nice and warm, not hot.

Just before you make the masa, soak the corn husks in warm water in a bowl for thirty minutes or until they become pliable. After that, gently separate the husks but not tear them.

It’s Time For Making The Masa 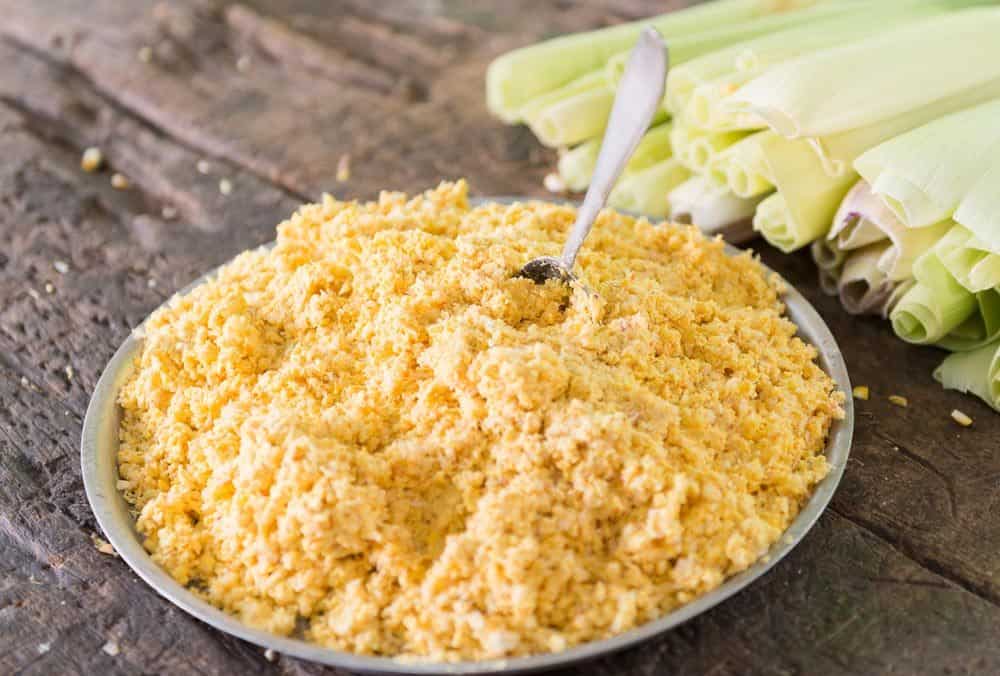 Most of the ingredients for this tamales recipe can be found at your local grocery store. But be aware not to use regular cornmeal but instant corn masa mix instead. We recommend MaSeCa, as it is specially designed for making tamales.

One more tip – smell your corn oil if you have had it for a while, just to make sure it doesn’t feel rancid.

You will need following ingredients:

Put the masa, garlic powder and salt in a large bowl and combine the dry ingredients. After that, add the corn oil and mix with your hands. Add the chicken broth ½ cup at a time.

Continue to mix and adding the broth until you get the consistency of cookie dough- a texture you can spread with a spreader or knife.

If you add too much liquid, make sure to add a little more masa to thicken it up.

Putting The Tamales Together 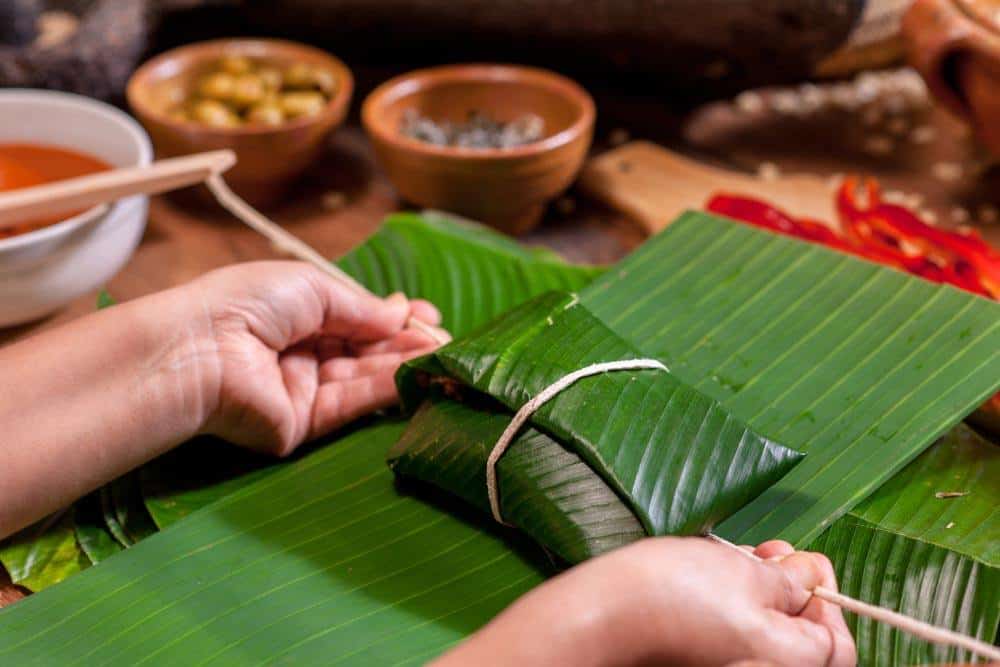 Now, it’s time for the fun part of the recipe!

Take a few corn husks out and pat them dry with a towel or dry cloth. Take a spoonful of masa after that, and spread it on the corn husk, leaving the pointy end of the husk without masa to fold it over.

Place a few chunks of pork down the center of the masa, and fold the masa over to make ends meet. Now, roll the tamale up. After you roll it up, fold over the end.
Continue with making tamales and when done place them in a steamer with the open end pointing up. 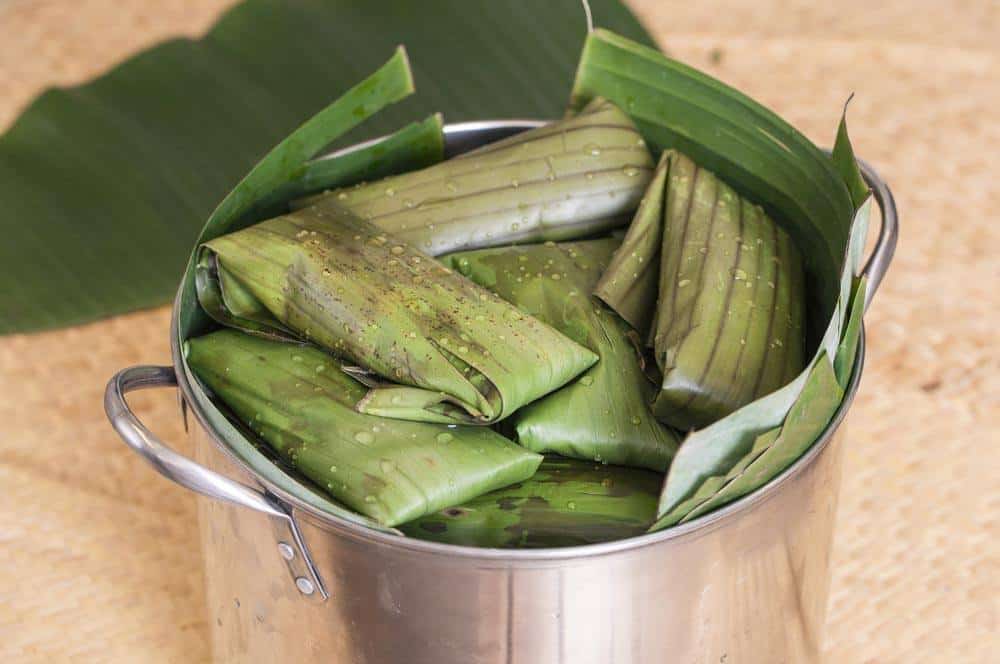 Get the water boiling and then turn the heat to low. Steam/simmer for one and a half hours. Check the tamales by removing one of them and letting it cool for five minutes. Open it and check that the masa is firm.

Cook a little longer If need be, and check every fifteen minutes until done.When are tamales done just take them out of the pot to cool on the counter and guess what? Tongs are great for this. You can use a vacuum sealer to keep your tamales for several months in the freezer, or Ziploc bags to keep them in the fridge.

One more tip: the tamales are perfect served with rice and refried beans. And don’t forget to add a little salsa and guacamole. Another right way to serve these is to top them with enchilada sauce and sprinkle with mild cheddar cheese.

Congratulations – you are in for a feast!