Seafoods are awesome sources of protein and nutrients, and does not contain as much fat as land grown meat. While they are both healthy and delicious, eating them can be a real pain especially if you don’t know how to prepare them properly.

One of my favorite seafoods are Octopus. Very similar to squid in texture but with more flavors and healthier benefits.

Unfortunately, they also tend to be chewier if not prepared correctly, which can definitely prevent you from appreciating your food. Find out how to tenderize octopus for your favorite recipes with our five awesome tips below. 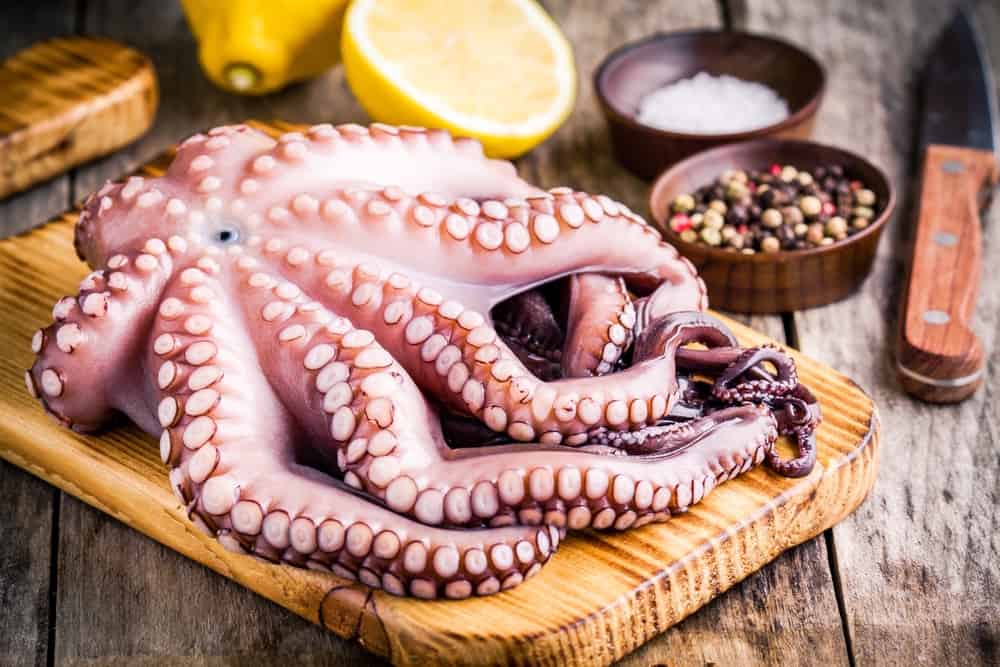 We all know that octopus is characterized by their eight arms, but what some people don’t know is that much of the muscle and mass of an octopus is in these eight arms, which makes them an awesome predator and deadly to their water preys, but also give them very tough tissues which can make it very difficult to cook.

For those who might be feeling some guilt about cooking and eating this magnificent creature, know that they are carnivorous, so you are doing cute sea creatures some good, too. A good exchange, eh?

How To Tenderize Octopus Meat 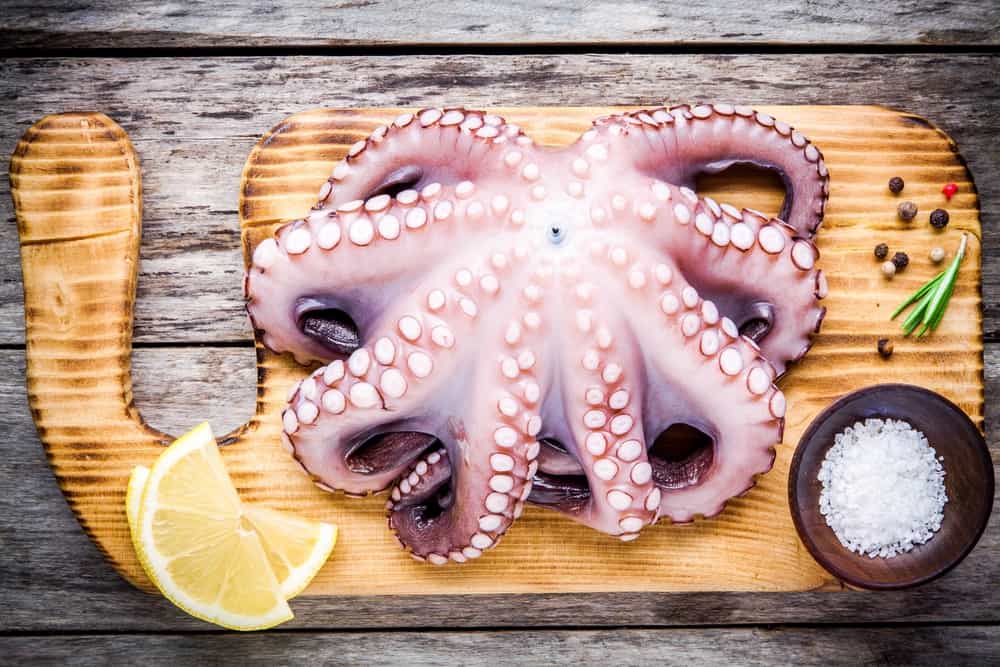 When it comes to tenderizing octopus meat, think of a squid but with much tougher meat. Since they are both mollusks, they both to be exceeding juicy if not cooked correctly.

With squid, if you cook it too fast, it becomes to chewy, if you overcook it, you get the same results. The solution, cook it overly long! It may seem silly, but when it comes to octopus, longer is better.

Fresh Octopus is very hard to come by, not to mention exceedingly expensive. Also, because of their really tough tissues, freezing Octopus is not overly detrimental to their taste.

Very few can distinguish the difference between meals served with fresh octopus, over a meal made with a frozen one. For that reason, we will be focusing on frozen octopus in this article. You may even purchase

1. Use water and salt brine to tenderize octopus meat 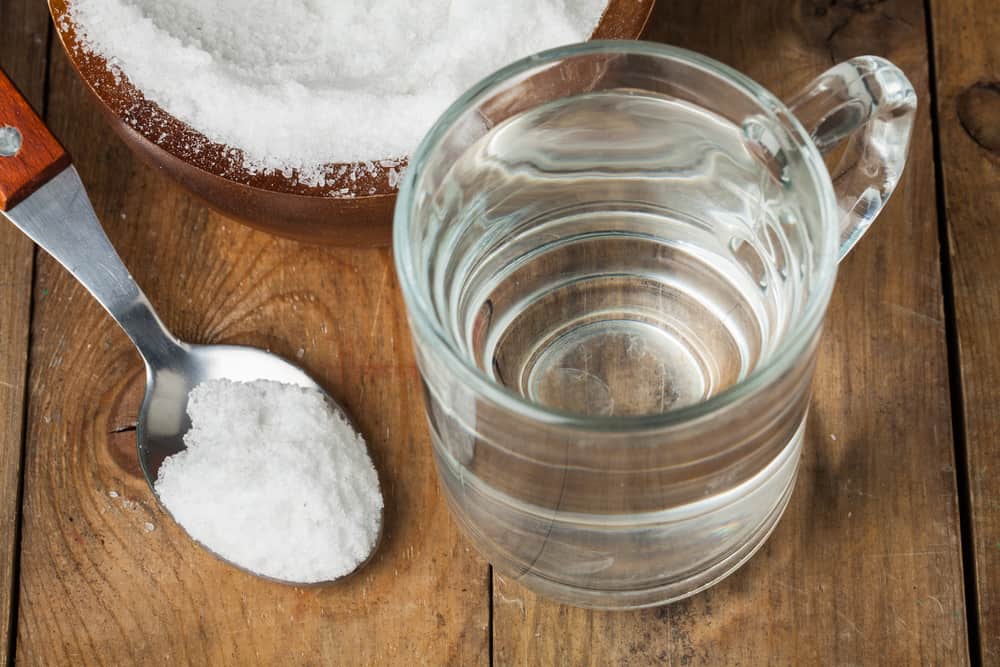 Most people would refer to this as brining an octopus. Well, that is basically correct. This method is very similar to making pickles, except that you won’t be fermenting it.

Salt brines are popularly believed to soften the tissues of the octopus. While some would argue that flavor is affected by the presence of salt.

The best way to brine an octopus is by using as little salt as possible. Using about 2% salt will give you a nice brine that will not be absorbed too much to change its taste. In fact, with just enough, you can even add to the flavors of your octopus once you cook it.

Soak your octopus in a salt brine for at least 2 hours before cooking it. While some would argue that brining does not make a lot of difference, I have noticed that brining it for a couple of hours does make the meat softer and less chewy.

This is a method I have found and followed initially to make the Korean fermented octopus, Nakji Jutgal. Not only does it help the texture of the octopus, but it also removed the fishiness that is somewhat imminent in most seafood. 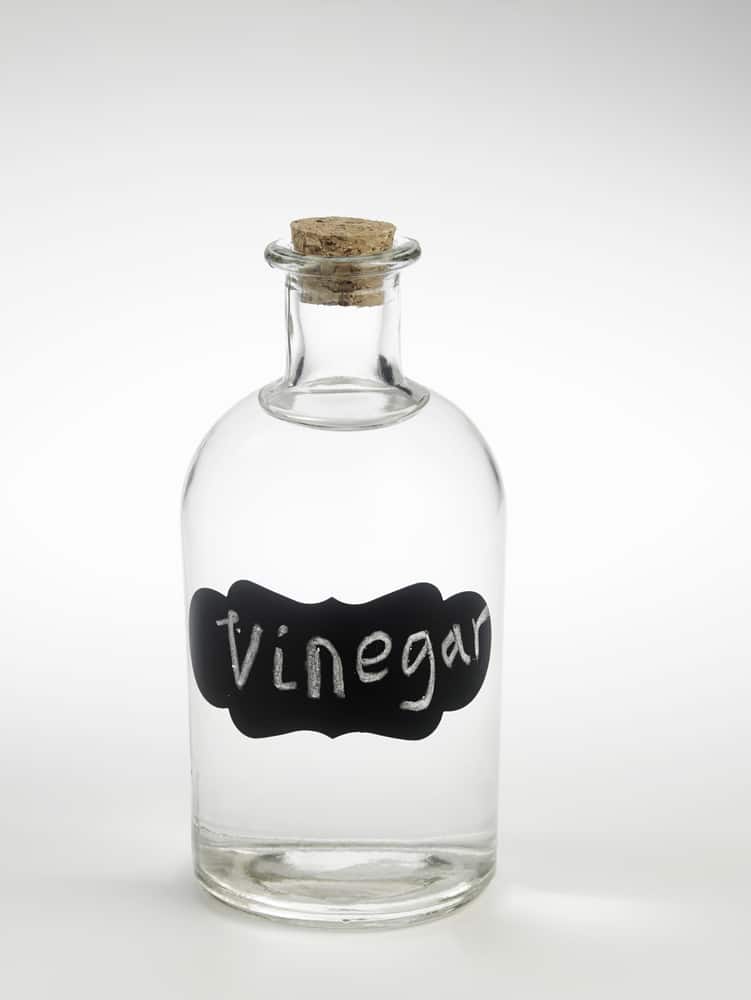 This method is something that should be very careful with. While it does soften the meat of the octopus, some find that soaking it in a water and vinegar brine can make the octopus drier.

Since vinegar is an acid, it has the effect of dehydrating the meat, even though it does soften the meat at the same time. This is not exactly good if you are planning to cook the octopus on a dry recipe, since a dehydrated meat will also mean it will be juicier.

Similar to the water and brine method, use only about 2% of vinegar in your water brine, and soak for about one hour. Vinegar is much stronger than plain salt so the process is twice faster, which is one of the positive perks of using this method.

I follow this method whenever I am planning to cook my octopus in a stir fry. Make sure that you cook your octopus in high heat very quickly to cook it, but don’t keep it in the heat too long to avoid losing any more juice from its meat. This will give you a chewy but not gummy texture and flavor. 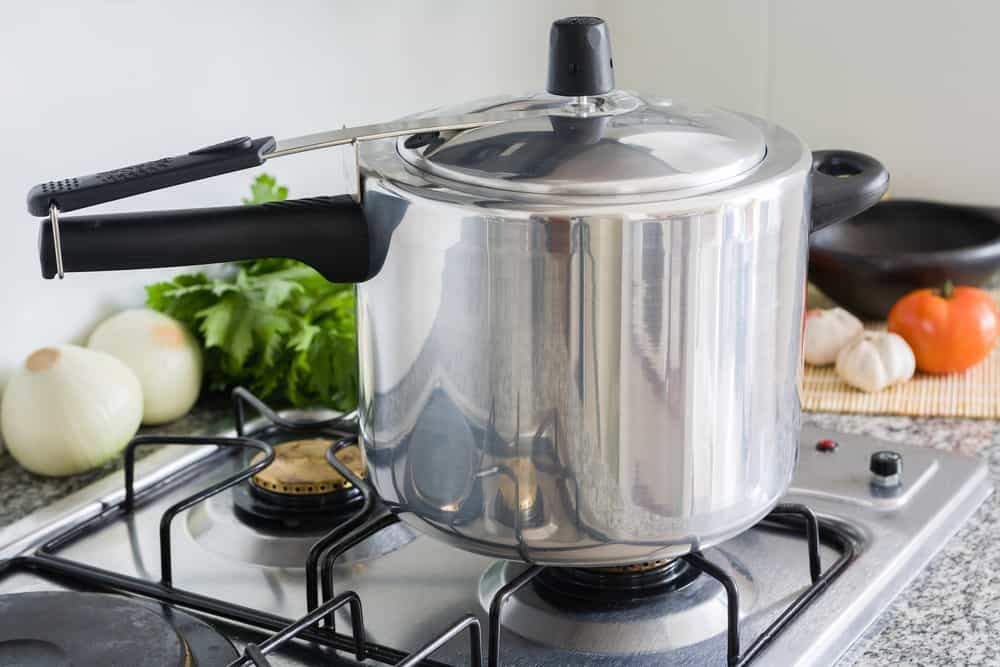 This is an idea came up with when I wanted to make something special for a summer dinner party. It was inspired with the idea of my mom cooking beef for long hours using a pressure cooker and insisting that it makes the beef so much softer and tastier.

Of course, it wasn’t until I was so much older when I realized the wisdom in what she was saying and my beef could never achieve the same softness and tastiness that hers does using the regular methods.

While pork can be boiled easily on a stove top, beef can’t, so I thought, this just might actually work for Octopus. I was more than pleasantly surprised to see that it does.

I never really believed that there is any such thing as adding too much water when I am planning to dry it out anyway, but it is something that my mom always told me was wrong with the way I am cooking.

I tried using less water, and yep, mother definitely knows best. Just add more water when it is starting to dry up, which you will definitely have to do multiple times since it will have to cook there for about 4 hours.

Once your octopus is ready, you can then cook it with any of your desired octopus recipes.

4. Simmer octopus in an oven under low heat to tenderize 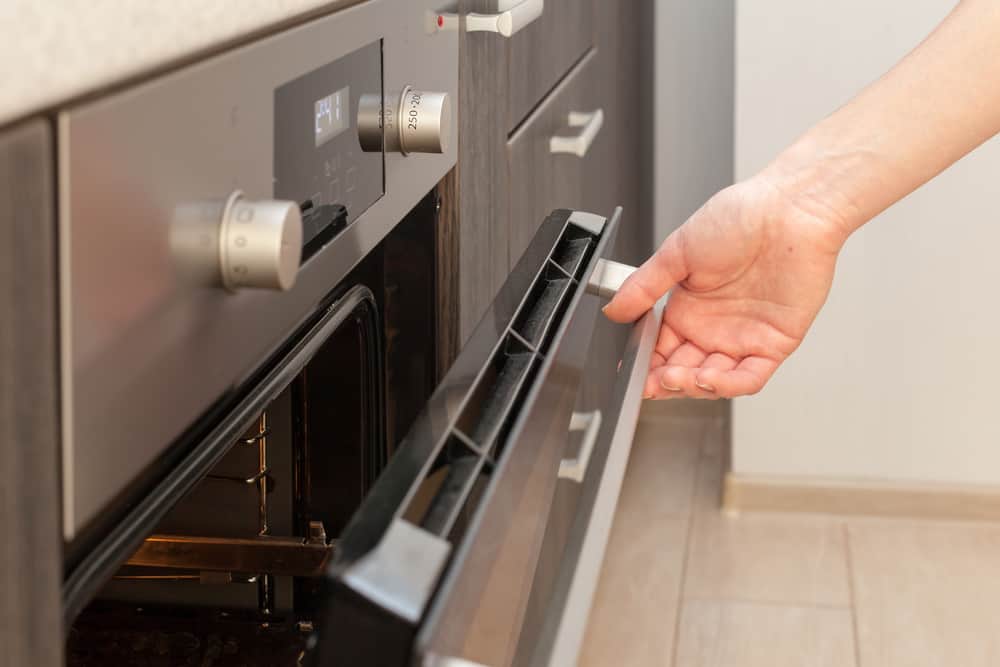 Another method that is quite popular, which I have tried out myself is simmering the octopus in low heat in the oven. This is actually very simple, though definitely not my favorite since my oven is electric and consumes quite a lot of energy, shooting my bills sky high if I use it too much.

However, there are perks to using this method, specifically, not having to monitor what you are doing. To use this method, all you have to do is place your octopus in a brownie tray and cover it with foil. This will allow the octopus to simmer in its own fluid and will give you a deliciously tenderized octopus afterwards.

Just leave it in the oven under the lowest heat settings for about 4 hours. You can prick some holes in the foil with a toothpick to let some of the heat out. 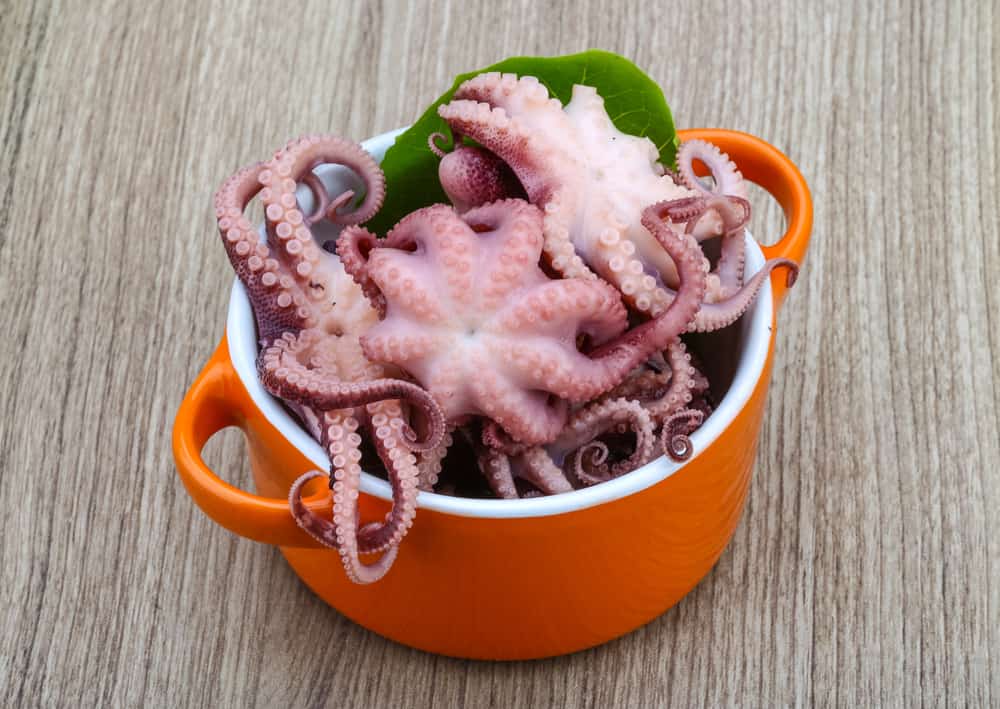 My favorite method is marinating the octopus meat in the sauces I am planning to cook it with overnight. Some people recommend marinating for just an hour or so which is effective with ready mixed marinates, but since I prefer making my own, overnight is what I would rather do. Of course, you can follow your own marinating procedure for this one.

Wrap the octopus meat and marinating sauce in foil tightly. Make sure there won’t be any leaks and double the wrap as much as possible. Marinating alone would have tenderized the octopus meat but the additional method is basically cooking and tenderizing it at the same time.

Steam your foil wrapped octopus for about one hour. Since you already have a sauce, you can simple start preparing your other ingredients and add them to the octopus.

It’s Easier Than You Think! 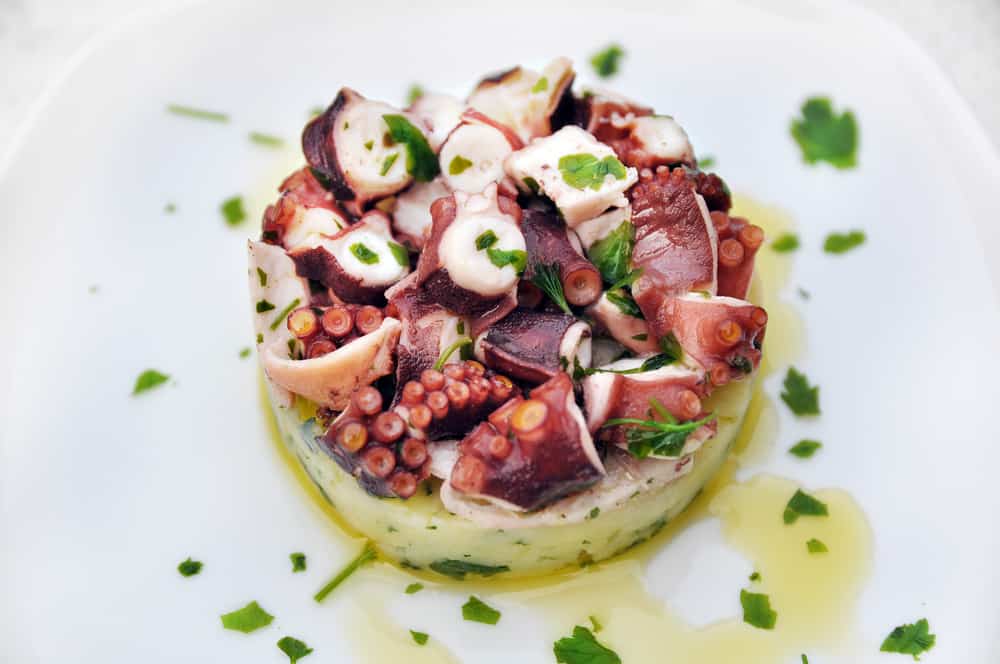 Don’t let what other people say about how hard it is to tenderize octopus put you off learning how to cook it. Follow the tips provided in this article to see which one would work best for you.

And remember, cooking is not as straightforward as following the recipe right down to the last dot. Not everyone has the same exact set of tools, same kind of ingredients and all that. Always leave room for error, and even if it doesn’t work great the first time, give yourself another shot and try again!

Feel free to tweak these methods if you feel that it can work another way for you. Don’t forget to share own experiments with us so we can all also give it a try.